WIPO Mediation and Expedited Arbitration For Film and Media 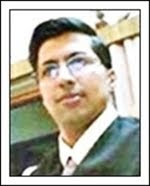 The World Intellectual Property Organisation (WIPO) has been providing world class Dispute Resolution Services for long. One such Service is known as WIPO Mediation and Expedited Arbitration for Film and Media.

To achieve this objective, the WIPO Mediation and Expedited Arbitration Rules for Film and Media have been specifically tailored to resolve disputes in the film and media sectors.

Developed by the WIPO Arbitration and Mediation Center in cooperation with industry experts, these Rules, as well as the special model contract clauses and submission agreements, are particularly appropriate for international film and media transactions where parties require an expedited dispute resolution process.

However, what is surprising is that fact that Asian Companies are mostly Respondents and are on the receiving end. This may be due to two reasons. Firstly, a majority of Respondents may be defending themselves against the Intellectual Property Rights (IPRs) violations cases. Secondly, Asian Companies may not be effectively using the ADR and ODR Dispute Resolution Services of International Organisations and Institutions.

A great deal of ADR and ODR Disputes are “Referred” by Law Firms and Practicing Legal Professionals. They incorporate suitable “ADR and ODR Clauses” in the Technology Agreements, Film and entertainment related Agreements, etc. If these Firms and Professionals do not incorporate proper Arbitration Clause, a Dispute can never reach to International Organisations and would land up in a Court of Law.

At Perry4Law we are very particular of these considerations and we Draft various Technology Related, Cross Border E-Commerce Disputes related, Cross Border Consumer Agreements related and many such more Agreement accordingly. Of course, this is done only after duly informing the Parties to the Agreement and respecting the “Party Autonomy” concept.

However, WIPO’s Mediation and Expedited Arbitration for Film and Media initiative cannot succeed till it is a part of “Holistic Effort” comprising of Law Firms and Professionals spread all over the globe.
Posted by PTLB at 6:37 AM